The Worst That Can Happen 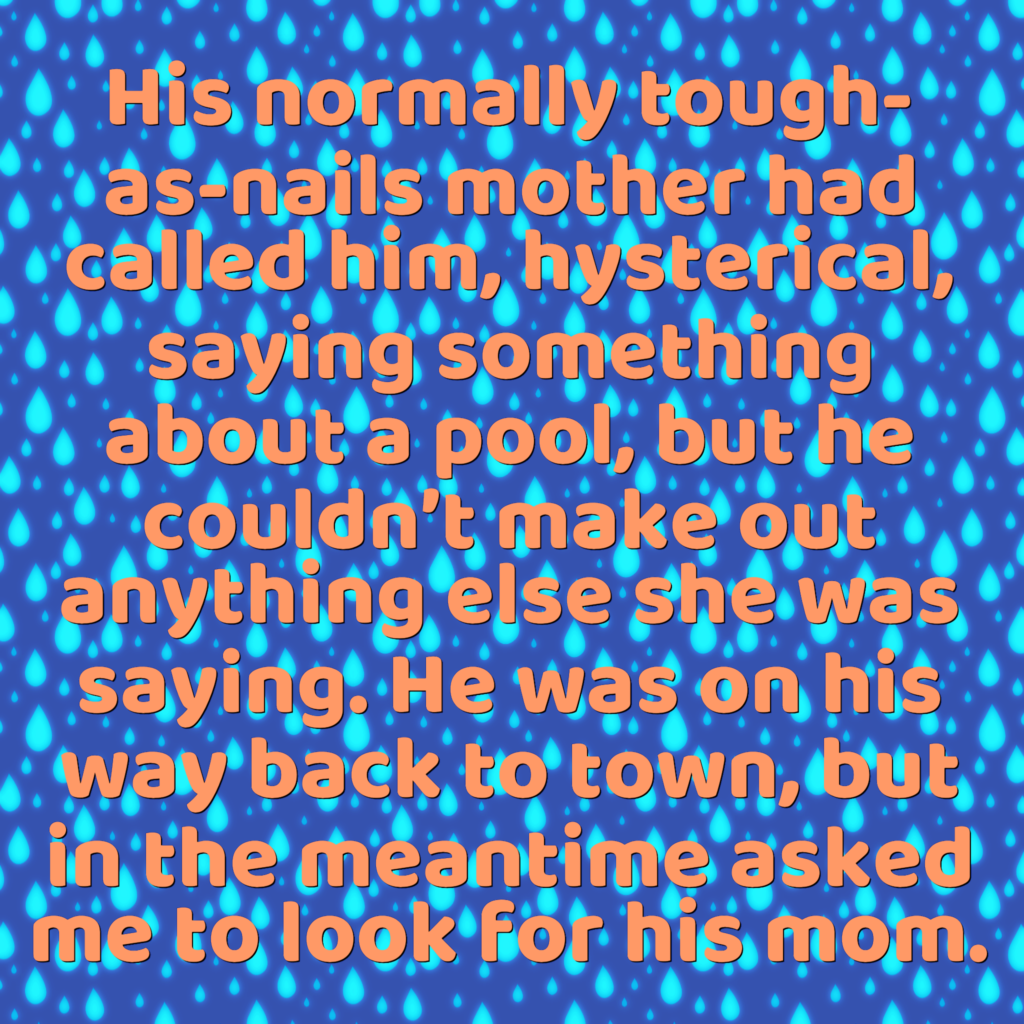 It was a beautiful Memorial Day Weekend a few years ago. I had gone with a good friend to the Indianapolis 500. I was very recently divorced and my son, age 8, was with his dad at an amusement park fairly close to our house. I had just returned to the area when my ex-husband called with a pretty horrifying story. His normally tough-as-nails mother had called him, hysterical, saying something about a pool, but he couldn’t make out anything else she was saying. He was on his way back to town, but in the meantime asked me to look for his mom.

So, I did. I think I knew all along what I would find. I knew my brother and sister-in-law were having a pool installed for my niece and nephew, ages 5 and 8. I stopped at a couple of places where I knew they hung out with no luck, so I headed for the hospital.

I went to the ER desk and told them who I was looking for. Just the last name, mind you. Immediately, the front desk person said I could come in the back. I didn’t know that meant really bad news. I said, “No, I can wait out here, no problem,” but she insisted. Into the back I went, and immediately I was confused. There was my mother-in-law, surprisingly calm, or so it seemed. I went to her, and she said it was my niece, it had been the pool where the football cookout had been held, my niece had been missed but there were too many toys in the pool to see her at the bottom.

A lot of the aftermath is a blur now. I went to my brother and sister-in-law, who were holding my niece’s body. She looked perfect and beautiful, but blue. I remember my sister-in-law looking at her almost reverently. I remember sitting on the curb outside the ER, waiting for my ex-husband to get there so I could tell him. I remember my son’s horrified face as he saw her as it sunk in that he would never argue with her again over who got the middle part of the back seat. And I remember the feeling of absolute hopelessness that I couldn’t protect him from that, or from the other ugly things in life.

That night, something broke inside me. I went to bed that night knowing things would not be better in the morning. My sister-in-law’s wails echoing in my ears.

It’s been years now. My sister and brother-in-law are doing as well as I think anyone could and I was diagnosed with PTSD. I thought I had a good handle on it, but I got a comment from someone that brought it all back. This person told me she hoped someone in my family, like my child, got sick so I could understand why she missed a ton of work.

She didn’t know how close to home she hit.