How To Recover After An Abortion:

Abortion Trauma is the emotional effects that can be experienced by both men and women after an abortion due to unresolved physical, psychological, and spiritual aspects of the abortion. There is a huge lack of understanding and compassion for women who have experienced this sort of >trauma. Because abortion is legal in many countries, and so many women profess to be grateful for the procedure’s availability, the potential for trauma and distress afterward is not recognized as valid.

Society blames the woman for causing her own pain in choosing to abort, which invalidates her emotions, and increases the emotional trauma. People may react unkindly to the news that a friend, partner, parent, or child has had an abortion, which further increases the post-abortion isolation. She may be told that she is weak, wrong, or misguided to come to terms with her feelings with the abortion. 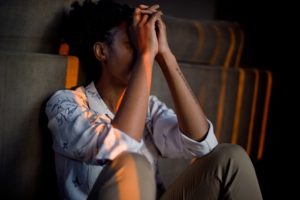 What Makes An Abortion Traumatic?

What is Post-Abortion Stress Syndrome (PASS)?

While not all women experience emotional trauma after an abortion, there are many who are left with feelings of guilt, grief, shame, and regret. Living through the process of making the decision to have an abortion, experiencing the abortion procedure, and dealing with the pain and possible regret following the abortion can be very traumatic. Just like other trauma, women tend to belittle what happened and ignore the emotional pain that can result. Many women don’t recognize that their distress is related to their abortion. But memories do eventually resurface, and the significance of their loss can’t be denied any longer.

If a woman has experiencing severe emotional reactions after an abortion, this is sometimes called Post Abortion Syndrome or Post Abortion Stress Syndrome (PASS), an informal type of Post Traumatic Stress Disorder. A soul wound like this affects different people differently, the abortion may come to mind over and over, it may be out of mind – which can dull the pain. A woman who experiences a soul wound may suffer from “triggers” which are sights, sounds, smells, feelings, and memories that may arise when a woman is reminded of her abortion. Some women do report nightmares of the abortion. If a woman attempt to suppress their grief, it is called emotional toxicity, and her feelings grief will emerge in daily life as anger, anxiety, depression, or difficult relationship.

Many people don’t even recognize that their depression stems from a traumatic abortion. These feelings may take over 15 years to manifest. Some of the symptoms of Post-Abortion Stress Syndrome (PASS) may occur immediately following the abortion, and others may occur later or not at all.

Guilt – if a post-abortion woman believes she consented to the death of her baby, before or after the abortion, her feelings of guilt can be relentless.

Self-blame refers to an post-abortive women who believes that any unpleasant event that occurs as a direct result of punishment for killing her child. Many women who have had abortions only to lose a planned baby due to miscarriage may feel that this is “punishment” or believe that she may have been rendered infertile due to the abortion.

Anxiety refers to the battle between compromising a woman’s moral standards and her decision to have an abortion may actually stimulate much anxiety. She may not link the anxiety to her abortion, yet may unconsciously avoid anything having to do with babies, avoiding people with children, turning anxious at the thought of having to walk near a baby aisle in the store. She may be uncomfortably anxious when she thinks about pregnancy or when a loved becomes pregnant.

Psychological Numbing – A great deal of post-abortive women vow they will never be in such a vulnerable position again. Often, without conscious thought, they will work to keep their emotions in check to prevent themselves from experiencing pain. This interferes with their ability to create and maintain close relationships.

Depression and Suicidal Thoughts – the following forms of depression are common in women who have had an abortion:

Reliving The Abortion – Very common, sudden distressing and recurring “flashbacks” of the events surrounding the abortion during situations that resemble the abortion, like a gynecological exam or hearing a vacuum cleaner. These flashbacks may become recurring nightmares about babies.

Preoccupation With Becoming Pregnant Again – Many women who have had abortions become pregnant again within a year, while others want to conceive again as soon as possible. This new baby is sometimes referred to as an “atonement baby.”

Anxiety Over Conception and Bearing Children – many post-abortion women fear they will never become pregnant again or carry a baby to term. Some women expect to have children with disabilities because they believe they have “disqualified” themselves as good mothers. Many women refer to this fear as a “Punishment from God.”

Interruption of Bonding With Present and/or Future Children – a woman who has experienced an abortion may not allow herself to form a bond with her subsequent children for fear of another loss. Another post-abortion reaction is to “atone” for the abortion by becoming the perfect mother. Women who have children at the time of their abortion may view their children differently. Sometimes, these women devalue their living children: “You were the lucky one. You were allowed to live.” Conversely, women may become overprotective of their children.

Survivors Guilt – Generally, women do not abort for trivial reasons. While the abortion frees the woman from her current trauma, it may cause unrelenting guilt for choosing her comfort over her baby’s life.

Eating Disorders – some women develop eating disorders as a way of coping with the loss.

Alcohol and Drug Abuse – often begins as a form of self-medication, a coping mechanism, sadly leading to other problems such as addiction.

Other Self-Punishing and Self-Degrading Behaviors – a post-abortion woman may enter abusive relationships, become promiscuous, or refuse medical care. She may also deliberately hurt herself emotionally and/or physically.

Brief Reactive Psychosis – rarely, a post-abortive woman may experience a brief psychotic episode after the abortion.

How Do I Help My Loved One Get Through An Abortion?

Many women report that there are things that can help them overcome their abortion; things that make it easier to cope with such a loss. These may include:

Things You Can Do For Your Loved One:

OptionLine – provides a nice, non-biased website that provides information for women who have become pregnant and/or want an abortion. The site includes an online chat platform for those looking to talk and a hotline listed above.

If you’re in the UK or Canada and are in need of help and advice about unplanned pregnancy or post-abortion issues in the UK you’ll find free & confidential help at the pregnancy choices centres.*

Our Bodies, Ourselves (website) – a website devoted to women’s health, this page is devoted to the physical aspects of abortion procedure, including physical (only) after-care instructions.

Planned Parenthood – offers up-to-date medical information regarding abortion, the types of abortion, and what to expect during and after an abortion.

Also note that many crisis pregnancy centers may only offer biased information or information and are often not run by doctors, but by a church. Here is how to tell if an abortion/recovery center is not-legitimate.