Fourteen and a half years ago, our lives changed forever.

We had already suspected that something was not quite right with Anna. She had stopped nursing after a few days. I assumed that it was my fault, and since I was afraid that she was hungry, switched to formula and bottle feeding. She did well with that for a few days, but then it seemed like a challenge just to get her to drink an ounce. We called the nurses on the maternity floor where she was born and were reassured that she probably just had gas and an upset stomach because of the switch and not to worry.

I was still worried, but we had our first postnatal pediatrician appointment the next day (July 25), so I knew we would get answers then.

In the meantime, I received a phone call from someone from the state of Michigan. I’m not sure – my memories of that are vague. I remember that she told me that Anna had potentially tested positive for one of the disorders in the newborn screening test, and we should go to the hospital to get blood drawn to confirm it.

I was concerned, but still focused on our doctor’s visit.

When we went to see Dr. Simms, her pediatrician at the time, as soon as we were called back to the exam room, she greeted me, looked Anna over, then excused herself to get one of the other doctors.

I guess she wasn’t sure how I would react to what she would tell me next.

When they returned, she explained that Anna had tested positive for maple syrup urine disease (MSUD), it was very serious, and she was very sick. T

he only specialist in the state who saw patients was located at University of Michigan: we were expected down there and we needed to leave as soon as possible. I remember that her southern accent was soothing and the other doctor gently held my shoulders and guided me to a chair, but my mind was in a fog. I didn’t understand… Anna was born healthy. Both of her Apgar scores were 9. That meant we were supposed to live happily ever after.

At the time, Lance was working at Hafer Hardware, and it was lunch time. Dr. Simms allowed me to use the phone in her office to call him. I called the store, but he had just left for lunch. And of course, this was before we had cell phones. I’m sure it was only a few minutes before he finally called back, but it seemed like an eternity.

After reaching him, Anna and I headed home to pack before we headed to Ann Arbor. 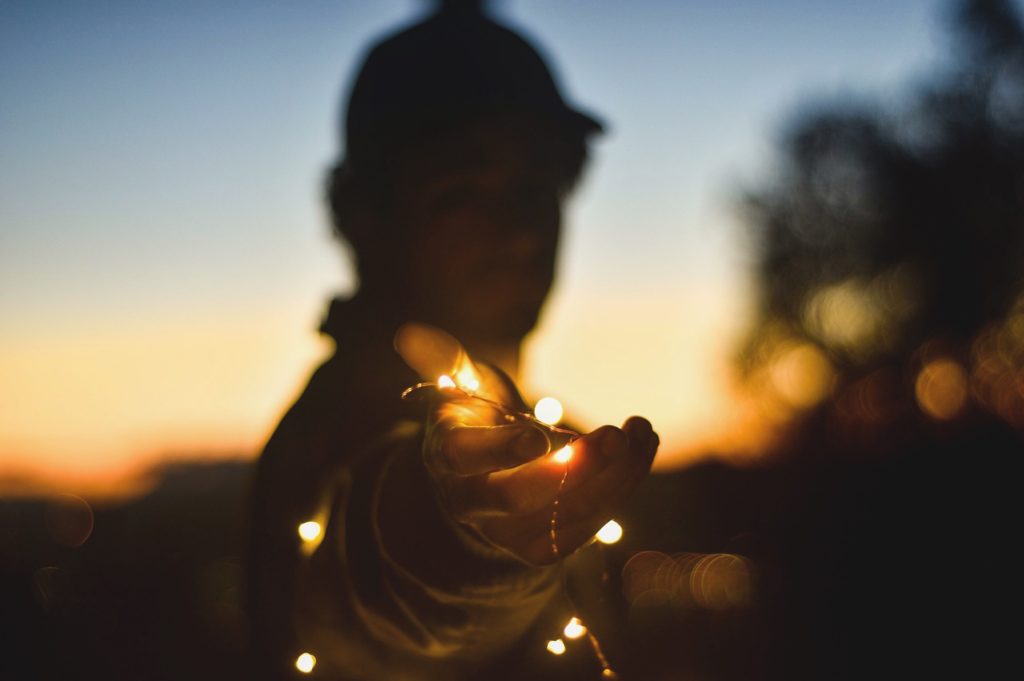 On the drive to U of M I poured over my “What to Expect” book. MSUD wasn’t in there. I had heard of it, but only as an ailment of a serial killer in a crime novel I had read, not as a real disease.

When we got to the ER at U of M, Dr. Allen, a neurologist who treated patients with MSUD, and a gaggle of med students crowded into the small room. I remember that he removed Anna’s diaper and passed it around for the students to smell. He then took a swab of her earwax for them to smell. We were completely flabbergasted… what did he think he was doing?

We didn’t realize he was doing it to show the students that both smelled like they had been smothered in Aunt Jemima’s.

You see, there were signs that Anna had MSUD, but we never picked up on them.

She had a very high-pitched, shrill cry, but we joked that she’d sing opera someday. By the time she was 3 days old, she tensed her muscles so tightly she rolled herself over. We bragged that we had a wonder baby who was months ahead developmentally. Her diaper smelled sweet and syrupy.

We chalked it up to being new parents, and being so in love we thought her dirty diapers smelled good.And what we thought was fussiness with the bottle and me not being confident in nursing was actually because her brain had swelled so much that she lost the suck and swallow reflex.

By the time we were in PICU, she had an IV in her scalp because she was so dehydrated that it was the only blood vessel they could use. She had an NG tube giving her nutrition. She was hooked up to heart monitors and pulse-ox monitors. She looked so tiny and helpless there in the bed. We’d never felt so helpless as parents as we did then.

That day is one of the few times I’ve seen my husband break down and sob.

What information we were given about MSUD over the past few days was overwhelming. Most of the official definitions included two very frightening likely outcomes: mental retardation and death.

The prospect of having a child with a restricted low-protein diet was daunting as well. Would we need to become vegetarians, too? If we wanted to eat meat, would we need to hide it from her, making late night drive-thru runs to satisfy our cravings? Those fears seem so trivial now, but they were so real to us then.

Over the next two weeks, Anna got stronger.

After she got out of the PICU, she was moved to a regular room. After she regained some weight and was able to take feedings by bottle, we were able to come home.

She was sent home with the NG tube, as she was still taking about a quarter of her formula that way. Shortly after we got home from the hospital, she grabbed the NG tube and pulled it out, flinging stomach acid all over me. I should have known then that it would serve as foreshadowing for how the next thirteen years would go!

Thankfully, we were able to remove the tube after a week.

As I think back to those days, I also look ahead to what faces us.

When it comes time for her liver transplant, I know that we will face long days in the hospital full of tears, hope, fear, and prayers. The big difference will be that this time, we will be filled with hope.

Hope that although we will be entering a new chapter full of uncertainty, we will be free of the fear that MSUD has caused over the past 14 years.