Depression And The White Guy 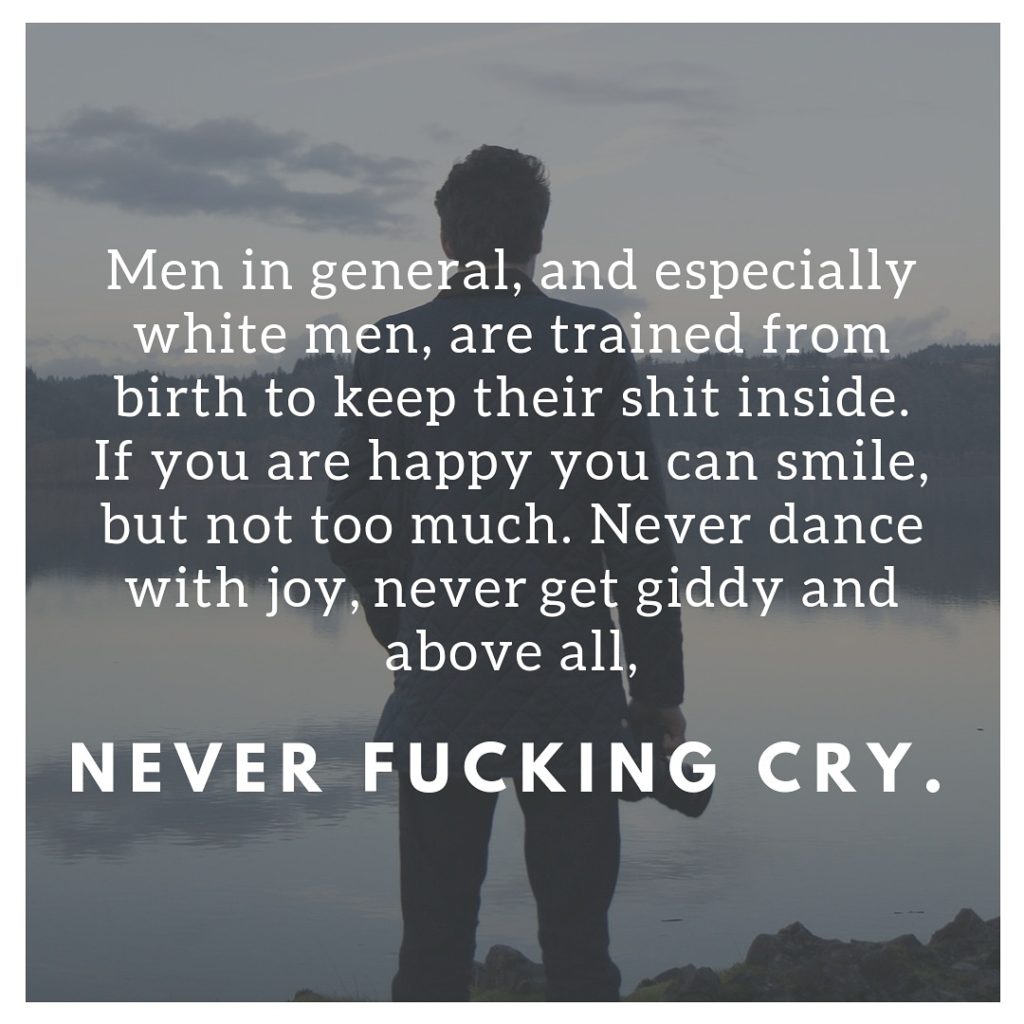 Alternately, I am half-Hispanic if I need to be, but really I am white – I have been all my life.

In high school, I refused a scholarship to a certain college because it was given to Hispanic (or half-Hispanic like me) students. I refused it because I am light-skinned and have always “passed” for Caucasian. I didn’t feel I was ever discriminated against due to my race, so on principle I declined the scholarship, deferring it as I felt it should go to to someone “more deserving.”

This one only one of many mistakes I made when I was younger. You might think this has nothing to do with depression, but you would be wrong. I declined the scholarship on “principle,” but it really was my best chance to go to a “real” college. I spent the next few years in a job that, although I was great at it, I hate. I got married and had kids way too young (not a coincidence) all while battling a depression that started when I was very young.

I made race (white) an issue in the title because white men are generally very privileged and should have no reason to be depressed. I won’t get into the specifics of my childhood here, but suffice to say that race played no part, but things that happened to and around me would cause anyone to develop depression. I singled out white guys because I knew a lot of white guys growing up and not one of them had depression, at least as far as anyone knew. Which Is really why I am writing this. That and the fact that I can make a kick ass margarita and don’t have to get up in the morning..

Men in general, and especially white men, are trained from birth to keep their shit inside. If you are happy you can smile, but not too much. Never dance with joy, never get giddy and above all, never fucking cry. If you HAVE to cry it better be because of some major happy shit, not you are sad or any weak shit like that. This is what you are taught form grade school on up. When I say taught I don’t mean in school –  it’s that every male influence in your life imparts this to you overt and in subtle ways throughout your whole life. You are not allowed to not be strong. For your siblings, for your girl, for your parents and grandparents, for your classmates, etc…you are the rock. You have to be the strong one. Period.

Fuck your own personal shit; if you feel sad, cry in a pillow when no one is around ,and then buck up and be a man, for Chrissakes!

All of this only matters because if you are a man (or boy, ergo, man-in-training) you are not allowed to be anything but strong.

Depression is not on the table. Only. It is. It is a real thing. Without going into my personal shit, I had stuff happen when I was young that didn’t necessarily cause my depression, but it sure fed it. It fed it really well, until that beast  grew bigger and stronger than I could handle but oh, I did handle it. I was a man, after all.

I doubt anyone who knew me as a very young man would ever think I was depressed. But I was. Some days it took more strength to get out of bed than I thought I had.  This on top of being married, a new father, and just barely out of my teens (I’d just turned 20), oh, and I was a MAN so I couldn’t show any sign of weakness.

So when the darkness came, and the darkness always comes, I just had to “suck it up buttercup…” and not show it.

Eventually I grew up. I wised up and divorced the woman (girl) I never really loved, battled with depression, the pain of not living with my kids anymore (that hurts me to the bone), and I got over stigmas of gender roles and all that stupidity.

When I got remarried years later, I even cried at my wedding!

I have lived most of my life with depression and dealt with it many ways, not all of which were healthy. I am just writing this to let any one else out there know It’s Okay. Whatever you are feeling, no matter how down, how black things are, you are not alone.

Reach out and vent to someone.

Me, Aunt Becky, anyone you know. Just let some of your shit go. Medicate, self-medicate (responsibly, of course!), do what you need to do to get by. You are not alone, not by a long shot. Things DO get better. I know some days you can’t see it, but it always does. nothing is ever too much. You are stronger than you know and worth more than you could ever imagine. Sometimes life, the world, everything is too much. Nothing I can do can change that.

Just ride it out. It’s a few hours, then you can let shit go, and deal with whatever you need to. Those that love you (and me and lots of other people in your boat) will understand and accommodate however we can.

Shit gets bad, but shit gets better.