Why is it that writing about shitty things in your life is so much more difficult than writing about positive things? I can think of a million reasons why I shouldn’t write about them, and 999,999 of them are bullshit anxiety reasons about how my problems aren’t important enough to voice.

Someone you write about will see it and recognize themselves and be upset with you or be hurt.

Someone you wish would see it never will and it won’t help to say it if they don’t.

The worst offender for me is the idea that my problems are insignificant and I’m not important enough for anyone to truly care about how I feel. I am lucky enough to have family that loves me, even if they’re the cause of a lot of strife in my life. And most of them would be surprised if they knew how often I fantasize about suicide and how I could do it. How I’ve thought of driving to a field in the country and swallowing a bottle of pills in my car.

How I thought about how I should bring the lawn and leaf trash bags to sit in so that when my bodily functions cease, I don’t permanently fuck up the car seats when I piss and shit myself. 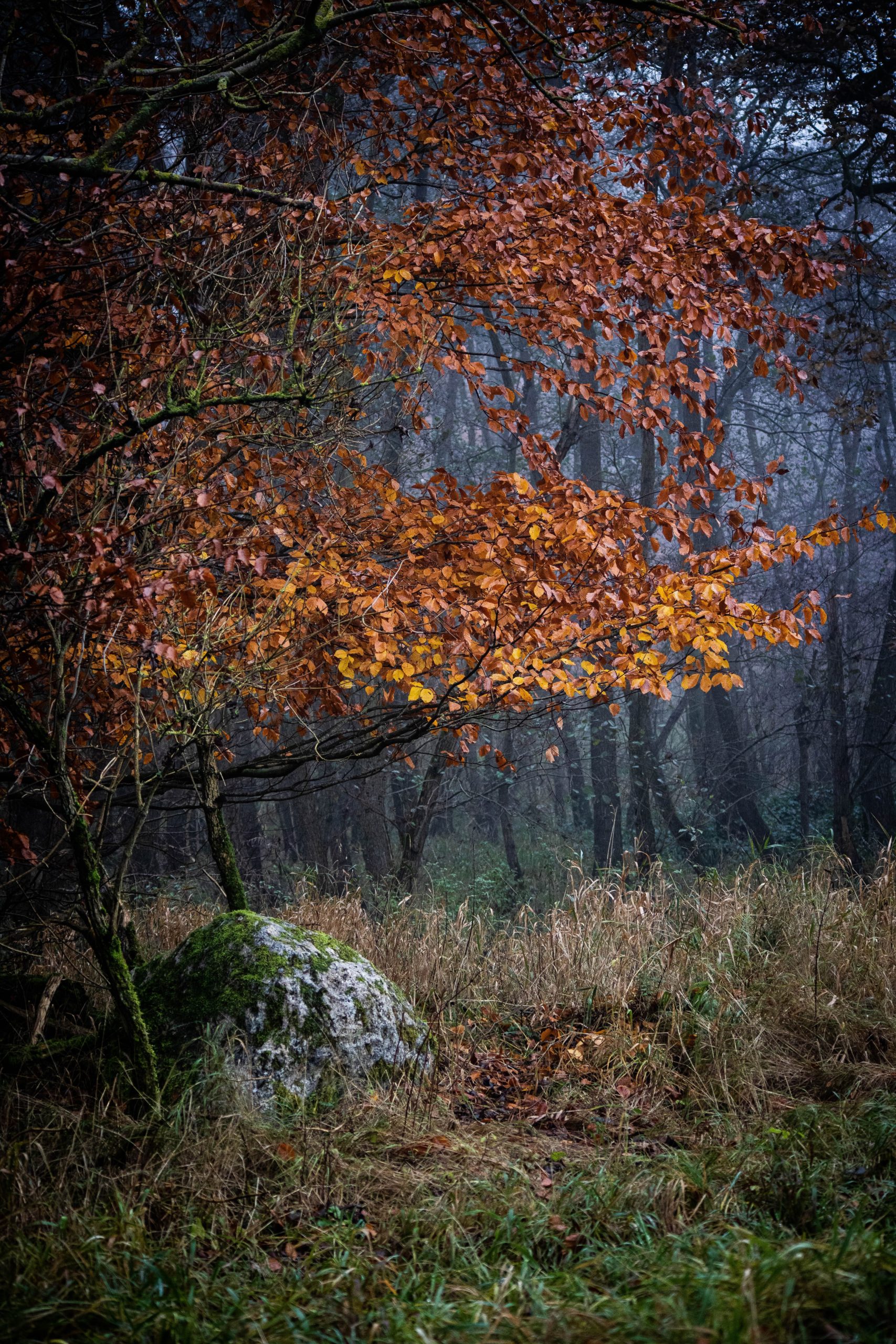 Even worse would be the fact that I most often think about these things when my kid is going off on me. My own kid. I love him and I would die for him, and he’s had a really rough shake in life.

And right now, I am all that he has. Family is an entire state away, he’s had shitty luck making friends in a new(ish) town, his dad and stepmom have abused him, he was raped by a cousin before he hit double digits, he’s been bullied in school. So I am his rock. I am the bucket into which he dumps his overflow of feelings, and often those feelings are full of sharp, painful words.

All the ways in which he feels I’ve failed him, my own insecurities, all thrown in my bucket. And these days, my bucket is often almost at capacity.

My bucket has always been the reliable one into which others could dump their excess and lighten their own load. I always found ways to lighten my own bucket, and now I realize it was probably a convenient slow leak – things just tended to cool down with time for me, I could sleep on things for a night or two and generally the bothersome feeling ebbed on its own.

As I’ve grown older, it’s like the wood has expanded and the slow leak has resolved itself.

Or perhaps it’s that feelings filled my bucket that were too big to drain through that small leak. Feelings that I had when I found out my boyfriend was sexting four of his exes, telling them he loved them, telling them terrible things about me. Feelings I had when I found out that while I was at my grandmother’s funeral, he was at home saving pictures of one of his exes to his Google Drive. Feelings about how he would gaslight me when I confronted him. Feelings about how shitty he was with my kid.

Feelings about how I shouldn’t have let it happen, how I should have ended things the first time I found evidence of his infidelity and read the saved texts to one ex saying he had a dream that he asked her to marry him and she said yes.

On top of those feelings are all the feelings that settled in that bucket surrounding the deaths of my grandparents. They raised me from birth and were parents to me, more so than my birth parents were while I was growing up. I was the only person with my grandpa when he went to the ER with severe abdominal pain. I asked the doctor if it was an ulcer, and I’ll never forget the feelings that crashed in the bucket when he said, “Oh no, we’re pretty sure it’s cancer.”

The feelings started feeling like rocks when I got a call from my aunt in the middle of the night telling me that my grandpa had died, just one week before my birthday. I always joke, even though it’s not a joke, that I must be the Angel of Death because so many people in my life have died the same month I was born. I will never forget walking into that room and seeing his waxy pallor, his eyes closed, and his mouth open, slack-jawed. He was bony and thin, because the cancer had eaten him away – literally. It ate a hole in his colon, and it was inoperable because his type of cancer could be transmitted through the air if they had tried to operate.

When we told my grandma, she closed her eyes and moaned, “noooo” over and over again. One week later, the night of my grandpa’s funeral, she was brought to the ER and it was discovered that one of her diabetic ulcers developed gangrene. If they amputated the leg, she likely never would have recovered. She opted for hospice instead. My bucket could barely hold the feelings I had when I had to work instead of being with my family at her bedside because just a few months prior, my old job had to lay me off due to miscalculations by the CFO. So I got a day of bereavement leave for each of their deaths, and any other time off was unpaid.  As a mother who barely made enough, I couldn’t afford not to work. So my anxiety swam through that full bucket every day, waiting for a call that I had missed it. Missed saying goodbye. Thankfully it happened while  almost all her family was by her side, myself included. And I had the good fortune to sing to her to try and help her relax so she could let go. And I held her hand while I watched her face, wide-eyed and mouth gasping, take her last breath and finally release into peace and stillness, three weeks to the day after my grandpa.

My grief was handled alone as I became the rock to everyone else. Handled isn’t even the right word for it. It went ignored as I let everyone else pour their excess into my bucket. And then all the terrible things began to happen. As it often does, death brought out the worst in some family members. Money became a motivator, and they acted as though each red cent of their painstakingly maintained insurance policies was a gasp of oxygen and they needed it to live. I wanted to strangle the breath from them and give it back to my grandparents. I wanted to punch them and scream that I’d give every dollar to have them back. More big feelings as I watched the ugly sides of my parents, the people I was supposed to lean on, show themselves. I cannot forget it, and I cannot let myself fully trust them ever again.

Then the blow that no parent is prepared for – finding out their child was abused. I can’t describe the feelings I had when my son told me, but I remember it like it was yesterday. And he asked me not to tell anyone who didn’t need to know. He was already afraid to tell me, because his abuser threatened to kill him if he ever told anyone else. And so beyond people who were necessary, no one knew what had happened. I respected his wish for silence, and I wouldn’t take it back for anything. But the weight of what happened to my bright, lovely, sunshine child was heavy. And fighting for justice within the legal system, alone, was hard as fuck. The justice system doesn’t do much when the perpetrator is a juvenile, and my son ended up having to jump through more hoops than anyone which led him to develop the feeling that he was being punished for what happened to him. He’s never truly recovered from that, and it infuriates me whenever I think about it.

He was diagnosed with generalized anxiety disorder and talk therapy wasn’t working. I decided to try medication to help him cope better with daily life while we continued talk therapy. Eight months later, he was on Prozac and his doctor doubled the dosage because he thought he was metabolizing it too quickly. He was wrong.

One night it was like a switch flipped in my son, he went off and was threatening to stab us, laughing in my face as I cried, and  more. I told him I was going to have to have him committed to a treatment facility, and the switch flipped back. He broke down in tears, and begged me to get him help because he couldn’t control what was happening. I brought him to the ER to be admitted to inpatient treatment and the doctor said it was from too many video games and treated me like an idiot when I explained it was from an increased dosage of medication.

We spent three days and two nights in the ER waiting for a bed, and were finally discharged with a referral for outpatient treatment.