by Band Back Together | Oct 22, 2019 | Anger, Borderline Personality Disorder, Feelings, Self Injury, Self Loathing | 2 comments

Borderline Personality Disorder (BPD) can be a challenge for those who experience it and their loved ones.

This is their story.

I can only write this from my perspective, of course. I can’t tell you what my family goes through. I don’t know what my friends experience. I could guess, but that would be it: a guess. But here is what I go through, living with Borderline Personality Disorder.

First is the rage. I can literally see the switch in my head flip from peaceful to ready to explode; I only wish there was a visual clue to those around me. I fill with rage in an instant, and it just explodes out. I’m not violent with it, though that is an impulse I fight every second. My only real hope of it never getting that far is to find the right combination of medications. 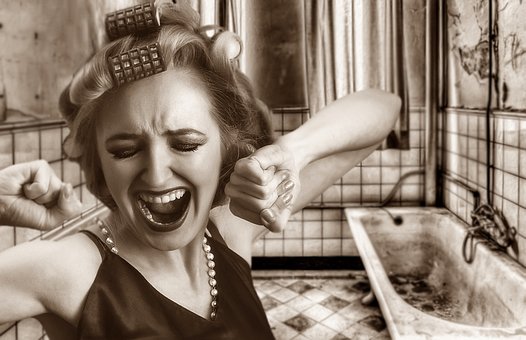 From there, impulses. Everyone has basic impulses. Gut reactions. Instincts, even.

I am very lucky that I’m through the job-quitting phase. Every one I’ve left has been for a solid reason. But each time, it was the final straw-impulse that put me there. I’m just lucky my love of current job is stronger than my impulse for self-defense that leads to the “I quit.”

As for the impulse to hurt myself, that started right before I was in the hospital for the first time, and it ended before I got pregnant with my second baby. It lasted less than 6 months, and I don’t plan to do it again. Another impulse that isn’t worth it.

Not all impulses I have with Borderline Personality Disorder are that extreme.

Most of them are standard – not thinking before I speak or act. A lot of it can be brushed away as minor. But words and actions do hurt, and not everyone is so quick to forgive. Worse yet, years of verbal impulses can chip away what patience there is. And I see what I’m doing – I know the pain – but I’m powerless to stop it. I honestly don’t know what I’m saying until it’s out of my mouth.

I know, I know… think before you speak. I’m getting better. I wouldn’t be married otherwise. Here’s the kicker: I can usually convince myself something is harmless or can be explained to be harmless in the two seconds it takes to think before I speak. I’m not usually right, though.

I think splitting is one of the worse parts. Imagine your entire world is black or white, where black is evil and white is godly. Everything is one of the two, no half and half, and NO gray.

That’s splitting. It mostly pertains to people who have Borderline Personality Disorder, but does not have to.

My husband, Pat, has been flip-flopping between the two for years now. He can flip ten times in one day, or he can go days or months before a flip. It has a lot to do with how we are treating each other.

One minute he can be making me dinner and he is white as hell.

The next minute he used instant mac and cheese, not the regular, and he’s suddenly evil. True story. My defense? He knew I wouldn’t eat the instant shit, so why did he bother making it?

Not everyone is one or the other, but this doesn’t mean they are gray. We’ll call them transparent. I don’t think there is a better way to describe it. They are the random people in the world you come upon who leave little impact beyond the few minutes in their presence. A cashier who wasn’t bad or good, just transparent.

And my kids, we’ll call rainbow. It’s like a whole different way of thinking.

As for myself, I’m usually black or transparent.