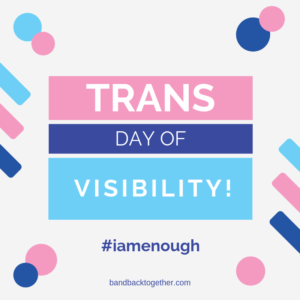 I turned the radio on to that station you hated.

You know the one, with the blaring rock music, and the DJ’s you never liked. Not that you found them offensive. You just thought they weren’t funny. You laughed when I told one of their jokes.

I turn the volume up. Just a little. Just because you always hated it.

I don’t drink anymore. You ruined me for it. Not that it is a bad thing, not drinking. But sometimes I think of those  girly drinks I used to love, that you would always tease me for… Cosmos, redheaded sluts, you know, the fruity ones. The ones that I would joke would make me no less of a man (even though I was and am pre-op trans). The ones I would chase with a shot of tequila, or whiskey. Or both. Those were some interesting nights we had, huh?

I still sometimes think I see you in crowds. It used to be, if I thought you were there, you probably were. Magic of running with the same crowd, and inevitably doing the same things. Now, I haven’t seen most of those people in over a year. Interesting that the people I called friends weren’t more interested when I fell off of the grid.

Hey, congratulations. You always talked about wanting to do something big and lasting, in that way that people who fancy themselves artists have. You certainly managed it. Thanks to you, I can’t be a mentally healthy human being. Probably ever. You didn’t start the ball rolling, no – we have my family to thank for that one… Though you did pick at that wound, so thanks for that. But you managed some irreparable damage, and left me totally broken. You rock.

So, still hanging around the same crowd? Anyone ever mention me or where I went? Probably not. They were all pretty superficial. Unless they were high… In which case, they tried so hard to be deep. But anyhow, they ever ask you what happened? You ever tell them? Probably said that I made a move on you. Because you were so fuckin’ irresistible. I don’t trust people very easily anymore.

Over a year since our little ‘anniversary’. Do you ever regret it? You planned to prey on the one with the blossoming drinking problem, shame and guilt issues and the body issues who trusted you? Probably. I sound like kind of an easy mark.

I just wanted to let you know that I found people that accept me for all of my awkward, neurotic tendencies. They always call me by my right name. They love me, and would protect me from someone like you. And yeah, in the back of my mind, I am still just a little fearful of them. Because I trusted you that much once.

Funny how something like a radio station can bring back such memories.

by Band Back Together | Nov 9, 2010 | Anger, Bullying, Childhood Bullying, Coping With Bullying, Gender Nonconformity, How To Heal From Being Bullied, Intersexed, Transgender | 6 comments

The shout rang out from the men’s room in the Chicago airport, and I heard it all the way in the women’s room next door. My husband had taken our son, Sam, who is seven, to the bathroom between flights. It was not the first time I’d heard such a shout. I ran out with my daughter to find out what was happening to Sam.

Sam looks like a girl. Even that day—wearing khaki pants, a blue t-shirt, and grey sneakers—his long hair and pretty face trumped his boyish clothes. People inevitably think he’s a tomboy. His natural femininity makes boys in restrooms across America feel justified in screaming at him, believing that their knowledge of his gender is greater than his own, lunging, as one boy did at a New York airport, ready to strike until my husband stepped in. Kids in his own California elementary school tell him he’s in the wrong bathroom, ask him if he’s lost or stupid, and, if he stands up for himself and says he really is a boy, tell him to drop his pants and prove it.

A few years ago I read an article by New York Times writer Patricia Leigh Brown. Brown wrote about adult transgender and gender-nonconforming people who face discrimination when they try to use gendered public bathrooms. I had no idea that it would one day be relevant for my own child

On The Minor Perils of Not Hiding

by Band Back Together | Nov 3, 2010 | Bullying, Childhood Bullying, Coping With Bullying, Gay Is Okay, Gender Nonconformity, How To Heal From Being Bullied, Teen Bullying, Transgender | 16 comments

This post originally appeared on my blog on October 17, 2010

I was happy to be back in touch with Leia and Mork. Leia and I, and Mork and I, in separate sets of messages, chatted in the way that long-lost friends do, telling each other where we live, how many kids we have, what we do for work. We exchanged several messages. A few messages in, both Mork and Leia asked me what sort of writing I did. And so I told them, as simply as I could: I write, under a pen name, about my son, who likes to wear a dress.

And you know what? Both Leia and Mork never wrote back.

Maybe it was a coincidence. Maybe the conversations just dropped off in the way conversations eventually do, and it just happened to be after I dropped the pink-bomb on each of them. Maybe they both got busy, sick, or their computers went on the fritz.

Or maybe they got freaked out.

Because people sometimes do.

I notice that the tomboy in Sam’s grade who plays on the boys’ soccer team is cool and socially in demand, while Sam doesn’t get invited to many birthday parties. Sometimes people look at us strangely when we disclose that Sam, the long-haired kid they’ve taken for a girl, is a boy. Sam’s school administration can talk eloquently about diversity and acceptance up and down, except when it comes to gender, when they get all panicky and quiet.

I make it my business to talk to as many people as I can about Sam (while being careful of his privacy and his safety), to make gender nonconformity something that gets talked about, not something swept under the rug. Because when we hide something, we make it shameful. So I open my mouth, maybe even more than I should, and occasionally I lose an audience member or two, like Leia and Mork.

But maybe the next time they hear about someone’s son who wears a dress, they’ll remember that the woman they kind of liked back in elementary school mentioned something about her son wearing a dress, and maybe that will make it a little bit more OK.