The Band is somewhere you can share all the things that you don’t feel safe sharing anywhere else. You know that. This week’s focus post is no different. We feel compelled to warn you all that this week is focused on a deep-set grief and may be triggering for some who are still deep in their own grief. For that reason, if you feel unable to process any more hurt, please, just for this Wednesday, look away. The writer’s pain is palpable and her words raw and we felt called to share it but not without much consideration. More on that later. Today, know that we care deeply for each person that visits the site and want you to take good care of yourselves.

If you are looking for suicide prevention resources, please click the image: 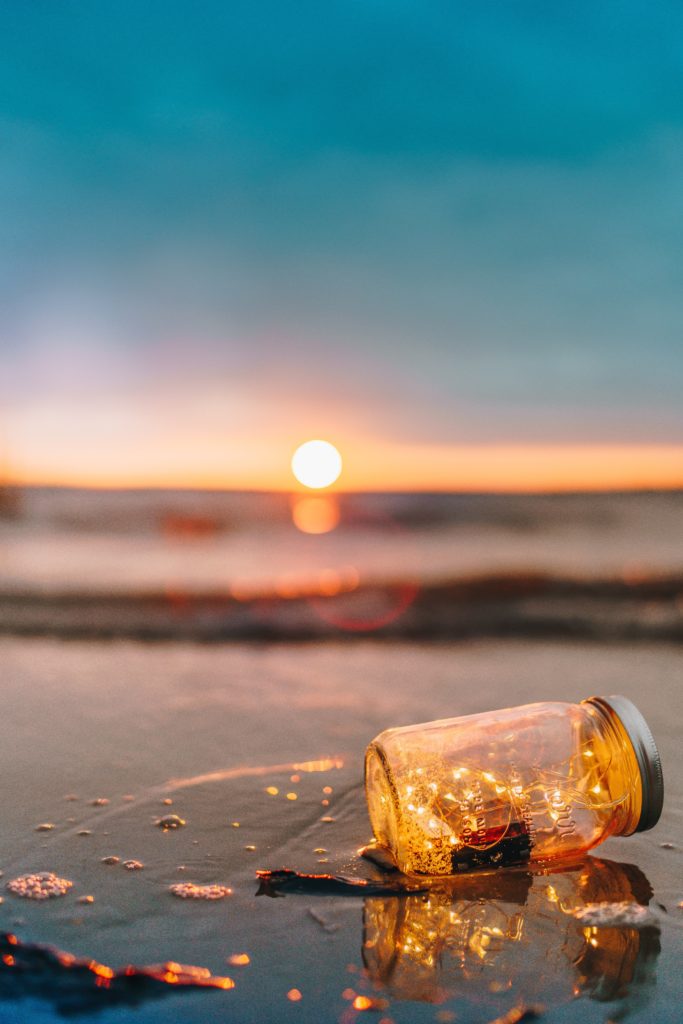 Coping with A Suicide

Coping With A Child Loss

A couple of weeks ago, because I’d been too busy watching dancing cat videos, I forgot that I had Jury Duty. I’d actually been pretty excited to serve, because I watch Law and Order: Their Life Sucks More Than Yours So Shut Your Whore Mouth like it is my job and I was all, “IMMA JURY OF MAH PEERS, YO” so when I opened my date book and saw I was four hours to late to show up, I panicked.

Immediately, I tried to figure out what to do when the cops showed up to bust me for contempt of court. I put on a full face of makeup and hid in the bathtub for awhile while I contemplated blacking out a couple of my teeth, just in case COPS, the TV show, showed up, too. I mean, this was my television debut, and I should act the part, right?

Eventually, I got cold and bored and the lure of Uncrustables pulled me from the tub. I put on one of those fake mustache and glasses, which meant that when the cops DID show up, I’d fool them. Clearly, I wouldn’t look like Your Aunt Becky any more. I’d look like an entirely different person now!

The following day, I realized that I liked to wait as much as I liked to cook (read: not at all), so I called the number on the back of the Jury Duty summons.

Me: “I’m a total idiot and forgot to show up yesterday for Jury Duty. I considered fleeing the country, but figured I’d call you first. I’m really sorry.”

Her: “Bwahahahaha! Happens all the time. We weren’t going to arrest you.”

Me: “OHMYGOD I hid in the bathtub for an hour. But it was really like twenty minutes. But still, I’M SO SORRY.”

Her: “BWAHAHAHAHA! The cops do have better things to do than stalk people who forget Jury Duty.”

Me: “OHMYGOD that’s so relieving. I didn’t want to have to adopt a new identity!”

Her: “No! You don’t have to do that! We’ll just put you back in the Jury Pool. When is good for you?”

Me: “Doesn’t really matter. I don’t have a job or anything.”

So there I had it. My new date in court! I was all a-flutter! I was going to help DECIDE THE FATE OF SOMETHING OTHER THAN A DELICIOUS UNCRUSTABLE. I couldn’t have been more excited.

Until, looking at my slightly unexpected surgery date, November 3rd, I realized that November 8th was…uh…kinda close. Like, really close.

I debated what I should do. Should I call and try to reschedule AGAIN? Get a doctor’s note? Limp my sorry ass in there with a cane and sexy drains hanging out, all doped up on pain meds?

SHOULD I FLEE THE COUNTRY AND ADOPT A NEW IDENTITY?

To think straight, I put on the fake mustache and glasses. Then I called the Jury Duty lady and left it up to her.

Watch out, petty criminals: AUNT BECKY is coming to give you JUSTICE.

Probably while wearing my fake mustache. Just so I can think straight. AND so they can’t find me and firebomb my car or something. Because, obviously. 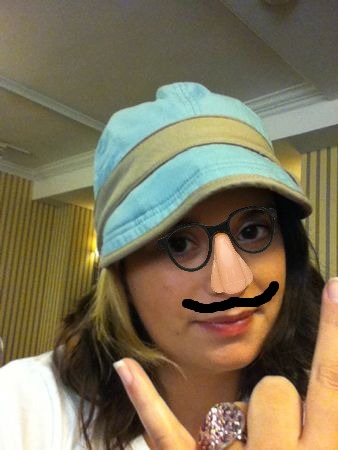 No one will recognize me!

This was originally posted on Mommy Wants Vodka by me, Becky Sherrick Harks (OR the WTF Aunt Becky) and I gave the Internet powers that be permission to repost it here, The Band Back Together Project. 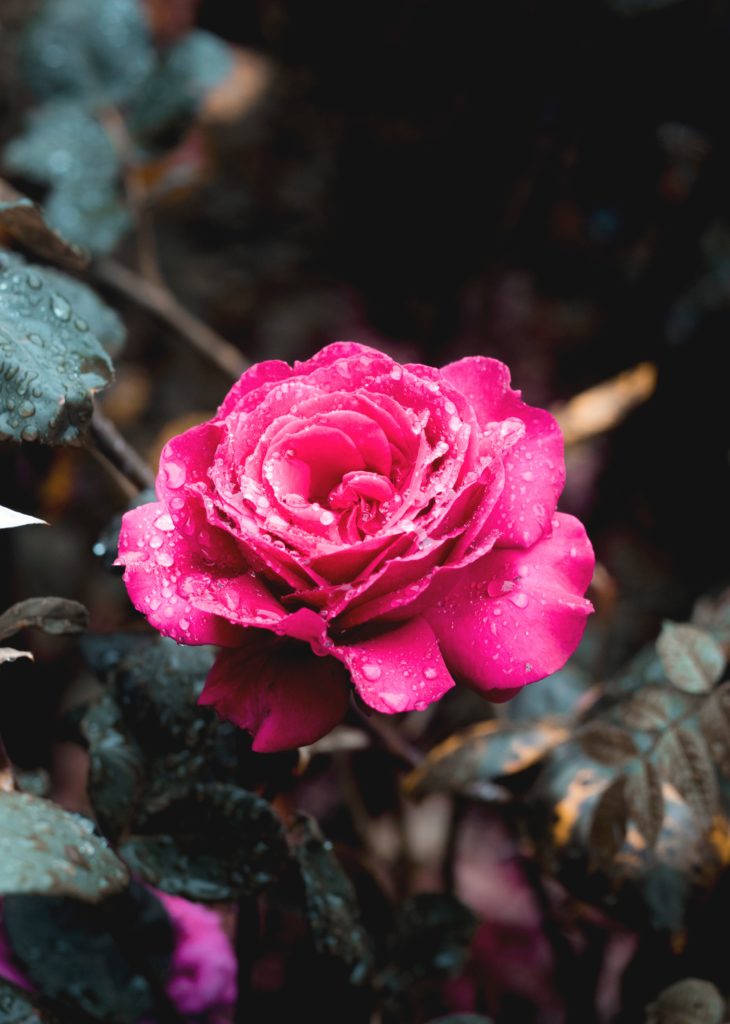 I’m the product of parents who didn’t know how to fulfill my emotional needs. I have an eating disorder,

I fantasize about being in the hospital because that seems like the ultimate (and only) way that people might finally see me and care about me. Logically, I know that it’s not true, but my emotional brain is convinced that being sick or hurt is the way to get the love, attention, and care that is not present in my daily life.

I’m a 22-year old who is still desperately attached to my mangled childhood stuffed animal, Lambie.

I surreptitiously, but uncontrollably, pull out my own hair. I know have trichotillomania (and dermotillomania while we’re at it), but it’s one of my most shameful “secrets.”

I eat spoonful of Nutella straight from the jar, and sometimes that will be the only thing I eat for the majority of the day.

I am pained getting out of bed in the morning. It’s hard to relate to people who casually say, “Yeah, I didn’t want to get up this morning,” but may not understand the gravity of depression. It hurts to the bone.

I have trouble taking my daily antidepressants because a hidden part of me doesn’t believe I’m worthy of feeling better.

I am obsessed with filling my brain with as much information about mental illness as possible.

I have a hard time with “I’m depressed.” Maybe because I don’t believe that the real me is just buried under mental illness. It’s more like “I’m a person living with depression.” It has taken so much of my personality and soul out of me, but without depression, I am a lively, joyful girl.

I am taking care of myself (or I’m learning to).

I practically begged my parents to see a therapist, nutritionist, and psychiatrist, when I was only 15 years old. It certainly wasn’t easy, especially because we didn’t talk about anything “emotionally charged,” but I knew that it was a step I had to take in order to alleviate my pain.

I reach out to others when I need it most. Even though I isolate, too, I also know that in moments of desperation, I do instinctively ask for help and support from those I trust.

I treat myself to occasional manicures, special purchases (a dress, a pillow, some art supplies), and a lazy Sunday.

As much as my brain tries to trick me into thinking that I am worthless and unlovable, I try to actively do things for myself that remind myself that I deserve care.

I share my story with very few people, but when I do, it is the most rewarding experience. Sharing real experiences and thoughts is how I create deep connections with people. 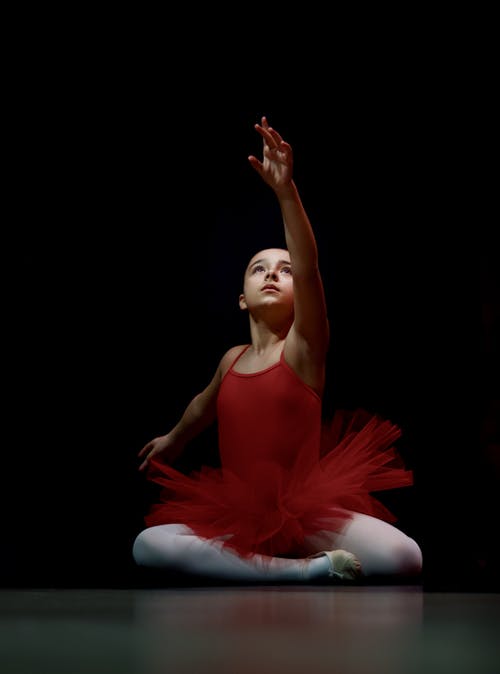 I moved to Denmark for my first job out of college. I don’t speak the language, I’ve never been away from home for more than four months, and I left my entire support network at home.

I am working full-force in therapy at facing the demons and insecurities I have hidden for years. I am taking charge of my life by learning to be vulnerable, accept my flaws, and love myself in spite of them, and find happiness for the first time in my life.