In These Dark Times Practice Love and Kindness

Every time I see the latest affront to human decency perpetrated by this administration and its dark legions of slavish devotees, I make a point of doing something kind for someone else. I practice kindness. Practicing kindness doesn’t have to be a big thing, or involve money, or even a lot of time. The point is not self-aggrandizement or warm fuzzies; the point is to pump an antidote and practice kindness to combat a pathological campaign of destruction, bigotry, and vile greed back into the body of this nation.

The point of practicing kindness is to actively resist an agenda that others women and minorities, strips hungry children of food, destroys families, and trades respect and decency for jingoistic greed and willful ignorance about our shared existence on this precious earth.

My kindness suggestions are always simple, but they are also effective:

Remember that you have far more in common with every day citizens of all races, sexual orientations, genders, and creeds than you will EVER have with a cadre of planet-crushing exploiters and fear-mongers eager to add more filthy lucre to the golden beds around which they coil like the dragons of old.

I used to agonize over who could possibly save us from this slide into brutish dystopian horror.

But I have come to realize that the light we need to banish the darkness comes from within each of us, and it is only by combining that light that we can combat the torrential flow of poison and bile.

So yes, absolutely call your elected officials. Definitely vote. Volunteer your time and resources to causes you care about. March, protest, resist.

But remember, too, the smallest acts; those tiny daily affirmations of our shared humanity, kindling a light to push back the dark. 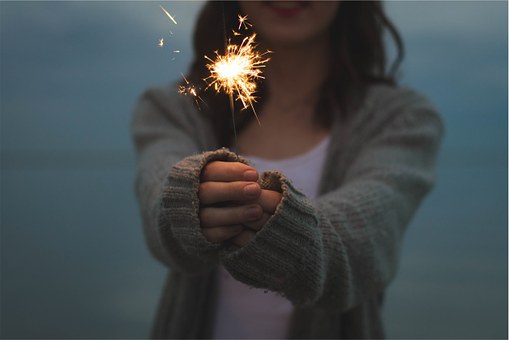