My Struggle With Sexual Assault 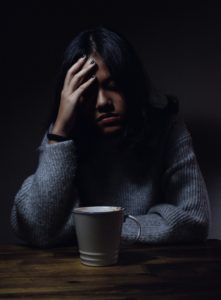 It was October 3rd. I was starting my university life, meeting new people and finding new experiences. I felt like I was finally free from all my problems in the past, and that this was my chance to start over.

I went to a party at the beach, and I just wanted to feel like a normal teenager who hadn’t gone through all the issues I had already gone through so early in life. See, when I was 7 my brother sexually abused me and made me think that playing doctor was something every brother and sister did. This carried on for 3 years, and finally when I turned 15, I told my parents. I was confronted with how I was lying, and how “their son could never do something like that”. I felt pushed aside and worthless. I kept that secret with me for 9 years and I was trying to heal from what happened to me.

Being at that beach led to me drinking, which is something I never did as I grew up with a mother who struggled with heavy substance abuse, who is now skin and bones. I saw this beautiful brown haired boy who i thought would be interested in me, but in the end I woke up in the beach alley, naked with my clothes around me. I had said no, I was drunk, I had no control yet I blame myself for freezing and letting it happen, after I swore to myself I would never let It happen to me again. I thought I was stronger than that, but I failed myself again.

I held that in and only told my closest friend, but the day after I couldn’t move out of bed. I tried to bypass the struggle with myself and act like I was okay, because I went through it before yet I was at fault. I couldn’t keep myself together and when I told my parents, I was met with the reaction of “you shouldn’t have been drinking”. These 5 little words made me feel worthless and deserving of the pain because I decided to make the mistake of drinking too much.

I’m 18, and I wonder why I have to go through all this struggle when I want a normal life. I keep trying to feel something but a part of me has been lost since that night and its not coming back. But all I can do now is try to heal from what was taken from me.

HAVE YOUR OWN STORY YOU WANT TO TELL?
CLICK HERE TO CONTRIBUTE TO THE BAND BACK TOGETHER PROJECT!