Losing a pet can be as awful as losing another family member.

Sebastian was a foster fail. My fiancee and I took in he and his two kitten brothers after they were dumped in box outside our Humane Society. Sebastian and his brothers were tuxedo cats, their black fur so shiny and soft. Sadly we lost one of the brothers, George, early on from a terrible respiratory infection.

The other brother, Bellamy, stole my Love’s heart. Another foster fail. While we were supposed to be fostering them until they were adopted, we just couldn’t let them go. Our family of 4. So 4 became 6 – we’d become a foster-fail family, and we loved it.

Alex and I were outnumbered by cats but we wouldn’t have had it any other way. We got them fixed and they settled right in.

Sebastian became affectionately known as “Bash” or “Limp Noodle”. Whenever you picked him up he went limp and let you hold him however you wanted.

Sebastian wasn’t quite two years old when we first started seeing signs of lethargy. One day, that same lethargy led to a temperature check. While it was supposed to be 99.5-102.5 Fahrenheit.

We raced to the emergency vet only to hear the devastating news of Feline Leukemia. We were distraught. but It was a road we had been down before and understood. We lost my fiancee’s first kitty love to feline leukemia.

The emergency vet suggested that we put him down. We just weren’t there yet.

We felt he still had more time and we wanted to look into to doing something, anything that might help Sebastian. As he was also fighting a secondary infection due to the lowered immune system caused by leukemia we started my sweet foster fail on antibiotics. His regular vet suggested an immuno-reglan booster –  $26 a shot on a strict schedule. Not a problem.

We were willing to go into deep debt for this guy.

The first several shots brought on massive improvement; it was like he was a kitten again, jumping and playing around with everyone. We thought that maybe, just maybe, he could have some quality of life. Then came another secondary infection.

He spent 3 days in the hospital fighting it. Got to come home and continued his shots, but they were no longer working. He was spending his days sleeping and hiding in cabinets.

Not two weeks later, his infection came back and back he went to the hospital.

This time he stopped having any interest in food.

The Thanksgiving holiday was coming up and after three days in the hospital, the vet thought it might be getting close to time. He gave us a choice, put him down or wait through the holidays and see if his appetite returns.

We chose to wait.

I look back on that now and wonder just how selfish I was being. We just kept hoping that our pet wouldn’t die.

The following Monday there was no change. We took some final precious moments with our baby boy. He lay on us and meowed at us when we spoke to him. He was tired and he had fought all he could. He was letting us know it was okay and that he knew it was his time. He went quietly and peacefully. 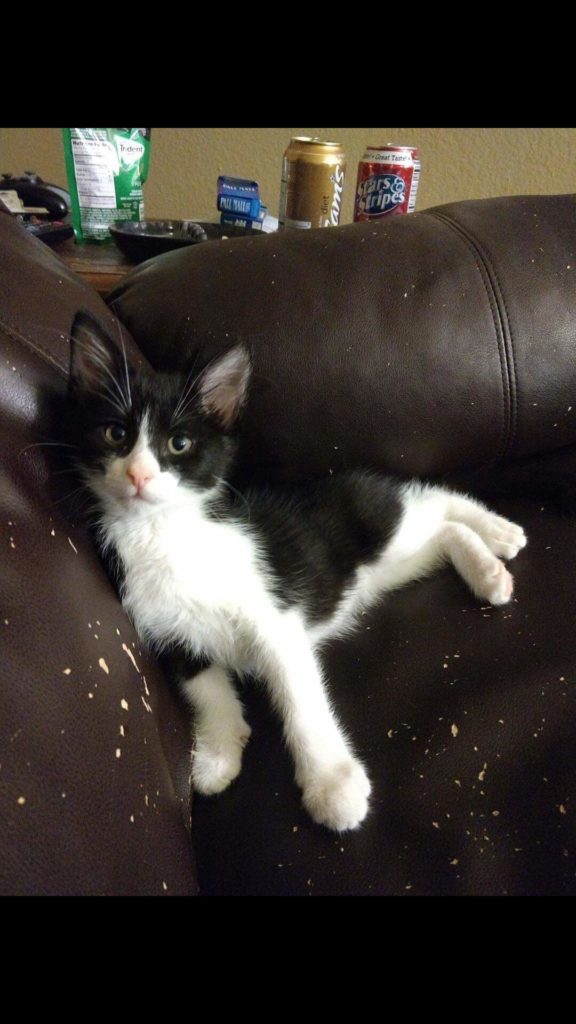 I had been through the loss of fosters before, but never one that became a pet. He was my first foster fail.

It’s late August and I’m crying as I type this.

Pain can lessen, but it never fully goes away. Not when the loss is so intertwined in your heart.

Recently our Humane Society shut down. We’ve affiliated ourselves with another rescue and have continued to foster cats. We end finding a lot on our own through people who reach out via Facebook saying there’s a kitten here or a litter there. We’ve also started working with a group of people who TNR ( trap/neuter/release) feral cats.

Our city here in Arkansas has a horrible cat overpopulation problem.

One night after doing “surveillance” on an area we are hoping to trap some adult cats to TNR we noticed a tiny little kitten head poking out from behind a bush. We stopped and spoke to the kitten who became very chatty with us. He was not a feral, he was entirely too friendly. Someone had dumped this poor baby.

Alex opened a can of wet food and approached him. He was apprehensive at first but eventually she was able to pick him right up.

Alex came back to the car with him and was nearly in tears. “Look at him,” she said.

It nearly took my breath away.

He’s been with us for three days now. He’s a goofy thing. And I swear walking through our apartment and running into him I think it’s Sebastian. I don’t know that we will keep Cooper but I will be forever grateful to him, for reminding me of my sweet boy and that I serve a purpose here. 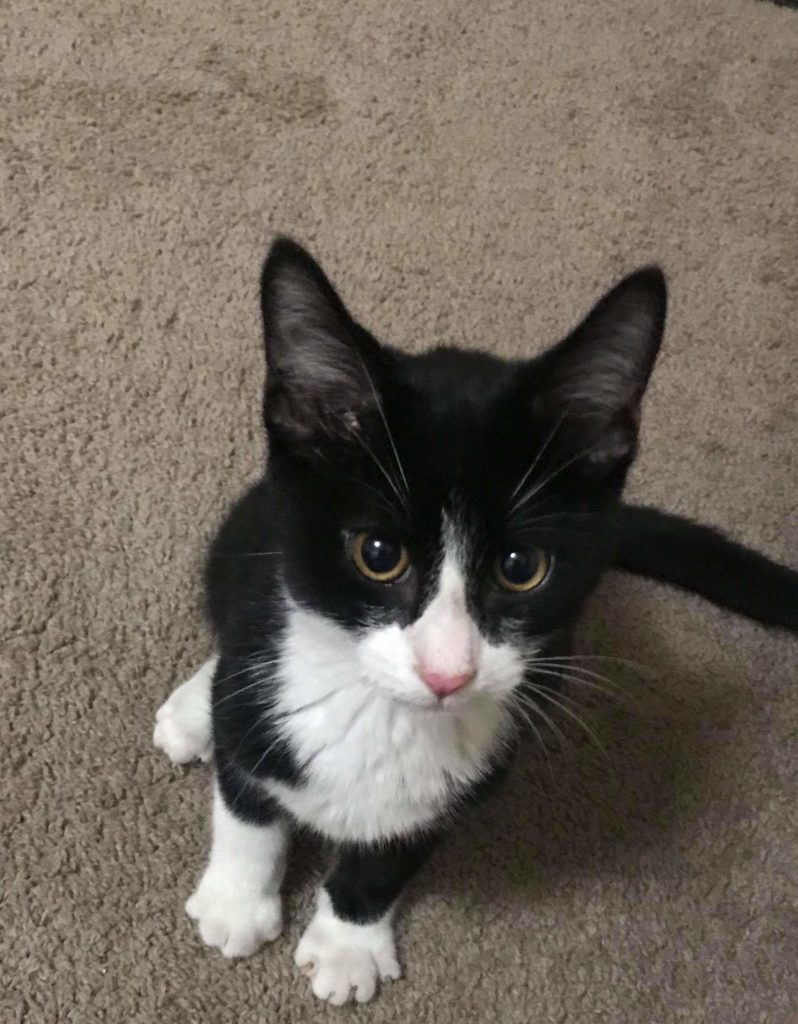 Save and fight for those who have no voice. Love the forgotten and uncared for.