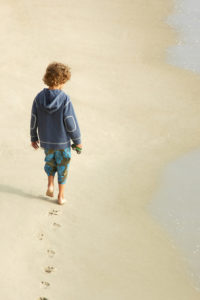 “You’re going to deny her now? After all this time, you’re going to turn hard and cold like she was?” the mighty oak asked without any thread of judgment, watching the rise and fall of the princess’s ragged breath as rolls of thunder began to crash in the distance and droplets of rain fell in soft pitter-patters to the ground. “You’re going to pretend as though she’s something ‘other,’ like a whipping boy that you can pin your transgressions on and escape? You could leave her here to die, knowing that she is as much you as you are her?”

“You’re a liar,” the princess hissed bitterly, and her younger selves recoiled as though they’d been slapped. Her eyes widened in shock when their eyes filled with glassy tears and their small, fragile fingers closed once more over each half of the key.

“It’s not a lie,” the elder of her younger selves insisted quietly, looking as though she were going to be sick. “And unless you accept her the way she is, for what she is–the apex predator that you created to survive in a world that couldn’t protect you from shame, humiliation, and fear–we’ll all disappear.”

Not-Her’s life flew behind the princess’s eyes in a wash of vibrant color and dull, sickly gray.

Not-Her crouching in the corner of the young prince’s room while he bawled in anguish, fury igniting in her face like the flames the dragon king used to set her own face ablaze so many times.

Not-Her comforting the queen as she grew sickly and frail, tormented by the guilt of not being able to protect her children until her heart turned to black ice.

Not-Her finding brief solace in meaningless moments that were gone in flashes of fabric and hastily closed doors.

Not-Her fitting an old, ornate key into a separate compartment of the enchanted cabinet where she found the rotting remnants of a frail, furious heart and careful etchings of a young dragon king isolated and bruised and shamed into nothingness, feeding a growing self-hatred that burned with raging fire.

Not-Her stirring mindless mayhem that would take would-be friends the princess had loved dearly from afar and banish them on white horses into the sunset, never to return.

The battered, broken form of Not-Her whispered something that was consumed by the growing wind and steadily pouring rain, and the trees looked on, saying nothing. Something shiny gleamed on its face–the queen’s mirror mask, the one the princess had traded so long ago to restore the parts of herself that she severed when they became too ugly and weak to protect the ones she loved. She briefly saw her own face reflected in the mask before its mouth moved and shifted.

The princess crouched next to Not-Her and inclined an ear toward its twisted lips.

“Stop it,” the princess demanded, her breath catching in her throat as she fought to keep tears at bay. The coursing rain stained her cheeks anyway, bitter wind whipping her now-tangible hair into her face.

“Ugly. Lazy. Manipulative. Dirty. Disgusting. Annoying. Insecure,” Not-Her continued tonelessly as though reciting a well-worn list, one that it had memorized over years of careful repetition that fueled its nightmarish quest.

“I said STOP IT!” the princess screamed, grabbing Not-Her’s shoulders and shaking them roughly, but the memories only poured more clearly into her head as she maintained contact, and Not-Her gripped one of the princess’s hands with its own, its knuckles slowly turning white.

“MAKE IT STOP!” the princess howled.

“I CAN’T!” Not-Her wailed back. Its caustic voice was magnified by the storm, catching on the bitter winds and throwing the same vitriol into the sky that had scarred the princess so deeply for so long. “PETTY. LOUD. DECEITFUL. WASTEFUL. SHAMELESS. RUDE. CHILDISH. CHURLISH. WRONG. RUINED. DAMAGED. BOASTFUL. BROKEN. POWERLESS,” it finished in a muffled, ragged scream, completing the riddle at last. The mirror mask, once bonded to Not-Her’s face to pay the price for the princess’s transgressions until she could no longer recognize herself, melted the way the princess’s own face once had to reveal a horrid, hideous combination of self-pity and self-righteousness.

The younger of her two selves had dissolved into frightened tears and panicked cries. She stuffed her fingers in her ears and screamed like the young prince had when he bore the weight of the princess’s sins, and the elder of her younger selves looked squarely into the princess’s face with eyes much older than she was, her tone quite direct.

“You’re just going to let her keep talking about us like that?”

“What choice do I have?” the princess asked miserably, feeling very annoyed when the elder mirrored an expression back to her that had likely once aggravated the queen.

“You always have a choice,” she said flatly. She held out her hand with half of the key, and the younger held out the other. The princess took the younger self’s half, but the elder’s closed tightly into a fist as the princess’s hand grazed her knuckles.

“But I’m still invisible. I’m powerless,” the princess whined, and the elder rolled her eyes, crouched down, and tucked a lock of the princess’s increasingly wet, bedraggled hair behind her ear as Not-Her took shuddering, wheezing gasps that rattled in her fractured ribcage.

“You’ve always had the power, my dear. You had it all along,” the elder quoted sagely, as the princess wondered when the wisdom of children had so eclipsed that of “adults” like her.

“Do we at least get the red sparkly shoes?”

The elder of her two selves snorted, rubbing Not-Her’s back in small circles as it dissolved into unintelligible whimpers and Not-Her’s right hand broke off with a snap, crumbling to dust that was quickly caked into the dirt.

“Are you going to wait until it’s too late?” the elder asked matter-of-factly, as the trees held their collective breaths and bore witness. “Or are you actually going to take responsibility for her and purge all the poison she’s got lodged in her gut? You can’t keep calling her ‘Not-Her,’ you know. It’s pretty dehumanizing.”

“She isn’t human,” the princess insisted in one final plea. One last denial.

“Then neither are you,” the elder replied, shrugging. “Or me. Or the other younger you. We can’t have it both ways. Of course she’s human. She just hasn’t acted like it; she played the victim until her victims played her. Now she’s played out. She’s done. Are you going to forgive her, or are you just going to keep pretending our whole life never happened?”

Not-Her’s left hand fell to the ground with a soft thud, and the princess realized with some bitterness that she was right. She couldn’t call it “Not-Her” anymore. Not-Her was a stubborn, brash, brazen anti-hero who believed her own inflated hype, and she was everything that the princess despised, banished from herself and enabled into armor like a vindictive, writhing mass of self-pity who got tired of taking the fall and the blame for the emotions the princess didn’t want to admit had consumed her like a black hole, leaving her vacant until she could accept that Not-Her was her after all.

“I’m sorry,” the broken specter wheezed in a frail breath that was quickly stolen by the crash of lightning and howling wind. “I tried.”

“I know,” the princess murmured sadly. “I thought I needed to be stronger to be saved, and that strength looked like you. But I was wrong. I learned. That’s all we can do, right?”

“I don’t want to go,” the specter whimpered, her voice suddenly vulnerable and childlike. “I’m scared. Nobody loves me. Nobody’s going to miss me when I’m gone.”

“I know you don’t want to go,” the princess repeated, finally torn to shreds by this last bitter defeat, this last abject failure, and realized that it was perhaps one of the first true triumphs of her entire life. “And you’re wrong. Sometimes, when I’m too afraid to rule our kingdom one day, I will miss you. And you are loved. I love you. We just never knew what love was until now. I just never thought anyone would love me if they saw this side.”

“I’m so tired,” said the ugly, battered, beautiful specter who sighed into the damp grass as she closed her eyes. “Am I good enough yet?”

“You were always good enough,” the princess said in a hushed voice, giving both halves of the key to the elder of her two younger selves. “I’m just sorry I never knew it. I was so busy searching for a prince to save me like the ones I read about in all of my story books that I didn’t realize I never needed one. I fashioned you into a knight equipped with vengeance, not forgiveness. That was my fault. You can rest now. I’ll take care of us from now on.”

As her delicate specter crumpled and faded away, the princess lifted the veil over the empty space where she’d once cut out her own heart rather than face the pain, humiliation, rage, shame, fear, failure, and remorse that spun inside her like a wheel and threatened to crush what was left of the parts of herself she loved most.

At least, the ones she thought she loved most.

“Strong. Worthy. Smart. Important,” she whispered, and the tears that spilled from her eyes mingled on her cheeks with the rain. She wasn’t afraid anymore. “Healthy. Beautiful. Productive. Empowering. Clean. Worthy.” She still had plenty to account for, but in the past, she was so sure that such a reckoning would ruin her the way she nearly had been as a child–until she realized that she was already destroying herself. “Engaging. Secure. Kind. Assertive. Honest. Frugal. Accepting. Polite. Mature. Unruffled. Curious. Rebuilt. Restored. Humble. Fixable.”

“Powerful,” her elder self finished, taking the younger by the hand and enveloping the princess in a tight hug.

“That’s the spirit, dear,” one of the trees said kindly, and they laughed.

The princess delicately took the compartment that they had fetched from the enchanted wardrobe with both halves of the key fixed tightly in the lock. Her younger selves skipped away from the clearing, laughing. Joyful.

The princess watched them for a moment, pensive. She realized she missed the false self she’d allowed to supplant her for so long as she dwindled away in cowardice, but she was glad to see her go. To find peace.

Slowly, she turned the key.