What Happens When You Don’t Know

I guess I’ll start with the things that bother me the most: I am an ex-crack addict, I was homeless, I have a panic disorder, I talk to people who don’t exist, my brother hanged himself, and I was nearly killed by an abusive ex-boyfriend.

I know I have a better life than a lot of people, and I try to be grateful for it.

I feel guilty when I dwell on my problems: other people have it so much worse: how can I complain? How can I mope around or be depressed?!

Oh how I wish I could talk to someone, to sit in a group and swap stories about burning the inside of our mouths, or panic attacks, or how much it sucks to have to lug all your belongings around in a garbage bag.

But I just can’t.

I have walked past the building where NA meetings are held probably a hundred times, looked at their website again and again, memorizing their schedule, but I can’t bring myself to go.

I’m afraid that people won’t like me because I’ve been clean now for four years, that because now I have a car and an apartment in a slightly decent area of the city, I’ll be told to get over it, to stop whining.

On the other hand, I think, what if I go to a regular counselor and I scare them? What if, when I admit to the time I smoked crack with my pregnant best friend, it’s too much and they kick me out?

What if I get the cops called on me when I admit to all the illegal things I’ve done?

Either way, I’ve never felt more isolated and alone then I do now.

I desperately want to be an addict again. When I was addicted, we had our own world; it was nothing good, but everyone was on the same level. 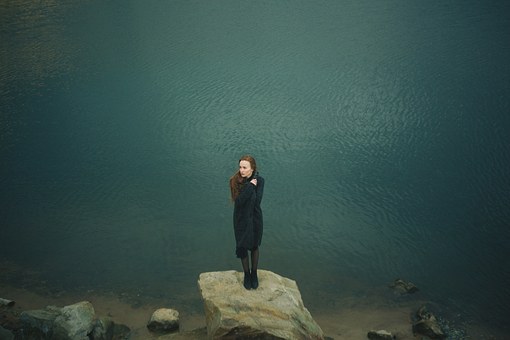 Now I’m surrounded by people that, if they knew what I used to be and what I still am, would go running in the other direction.

I even tried to become an alcoholic for a few months; I drank myself into a stupor everyday, forced it into me until my brain chemistry was so out of whack and my kidneys hurt right through my back.

I still drink – get drunk – by myself, but I have to be careful because it makes my panic disorder worse. I drink just until I feel myself going crazy, stop for a few days, then back at it.

It’s funny, when my brother hanged himself, I was kind of mad that he took that option away from me: you can’t have two kids from the same family both kill themselves!

I’m okay with his suicide, though. I understand it was a planned out thing, so things were obviously pretty bad to get to that point. My brother didn’t speak, though; I was the only one he spoke to until he was about 17, and then he even shut me out.

After a while, I started getting paranoid that he was going to kill me, so I distanced myself from him even further.

I lost most of my friends when I got clean, and I’ve moved to a different city since. I hate it here a lot, and most people here are way out of my league education and status wise. I have a few friends from work that I go for drinks with on the weekends, but I can’t really connect or open up with anyone.

I’m afraid to date again; my ex is still too fresh in my mind, and the thought of having to have sex again makes me uncomfortable. I don’t like being touched sexually.

It’s a shame because I would love to have children – they would give me something to focus on, to love and be loved back, without having to be in a relationship.

But I guess as of right now, it’s me, alcohol, and my two darling cats.