My List Of My Physical, Psychological, And Emotional Traumas – Bipolar Disorder, PTSD, Abuse, and Pain

My therapist has asked me to write down a list of my emotional traumas.

A list of all the emotionally and physically traumatic experiences that have happened to me in my life, that have contributed to my Bipolar Disorder and PTSD.

Right now, my therapist doesn’t feel as though I’m ready for the therapy called Eye Movement Desensitization and Reprocessing (EMDR). As far as I understand, I have to relive physical and emotional traumatic experiences, have the proper emotional response, get over it, then have Cognitive Behavioral Therapy (CBT) so I can develop some sort of coping mechanism for the future.

But until my medications are adjusted and I’m in a better place, I have to wait.

Constant arguing between my parents, thanks to my father’s alcoholism, gambling and pain issues due to needing a hip replacement. The pain issue turned into an anger issue; turned into a power tool being thrown at my mother, missing, and going through the window and landing at my feet; followed by an argument on a holiday with my father resulting in me taking a heavy duty power torch to the head.

When I was 16, my mother – being severely depressed – attempted suicide several times. The last time she tried, she had an argument with my father (now a better man, nothing like his days in my earlier life), and downed a ton of pills. I found her and her suicide note. I actively suppress the things written on that note thanks to the emotional trauma but I know how it began.

That sentence haunts me in my dreams. She is fine now, thankfully, but I refused to talk about it with anyone and pretended it never happened.

I was diagnosed with severe anxiety disorder when I had a panic attack at high school so bad my heart rate was 180, and I had to be rushed to hospital for fear of doing damage to my heart.

Since that day, I regularly have heart palpitations. I was diagnosed with endometriosis and told I should probably have children before 25. I’m currently a week away from my 24th birthday. Talk about another emotional trauma.

I decided I was the worst person in the world and went off screwing any guy who looked my way, drinking myself into oblivion, and eating pills like candy, just to numb the pain. I wanted to be used. I asked my male friend – now my fuck buddy – if he was using me for sex. He replied yes. I cried and said, “good.

” Turned out he wasn’t using me: he was in love with me; as a result of my promiscuity, and his inability to tell me how he felt, he quit university, broken-hearted.

Recently, I have started to have feelings for a close friend, who also has a partner. While drunk, we have made twice. I have feelings for him, but he is just attracted to me. I have immense guilt over betraying my partner, who is emotionally stunted. I think I’m just attracted to my friend because he has the social and emotional skills my partner lacks.

Have also suffered dermatillomania (chronic skin-picking) for most of my life, particularly my feet. It is disgusting.

Dose of Happy: I Am Thankful Today I am thankful.

Today I am thankful for my 2 year old’s dirty mouth rubbing on my cloth couch;

For stomach aches right before bedtime;

For poop on my floor. Even human poop;

For my 3 hour good night’s sleep;

For runny noses…on my pants;

For having little ”assistants” who ”assist” me at making dinner;

For the absence of solitude in my bathroom.

Today I am thankful because my home has not been taken away by the ocean or shaken to the ground.

Today I am thankful because I know where I will be sleeping tonight.

Today, I am thankful.

The Band’s Awesome Animal Of The Week: Lucy

This is our goober Lucy. We sometimes call her bat dog and occasionally I call her the flying nun. Lucy owns her person, AK. 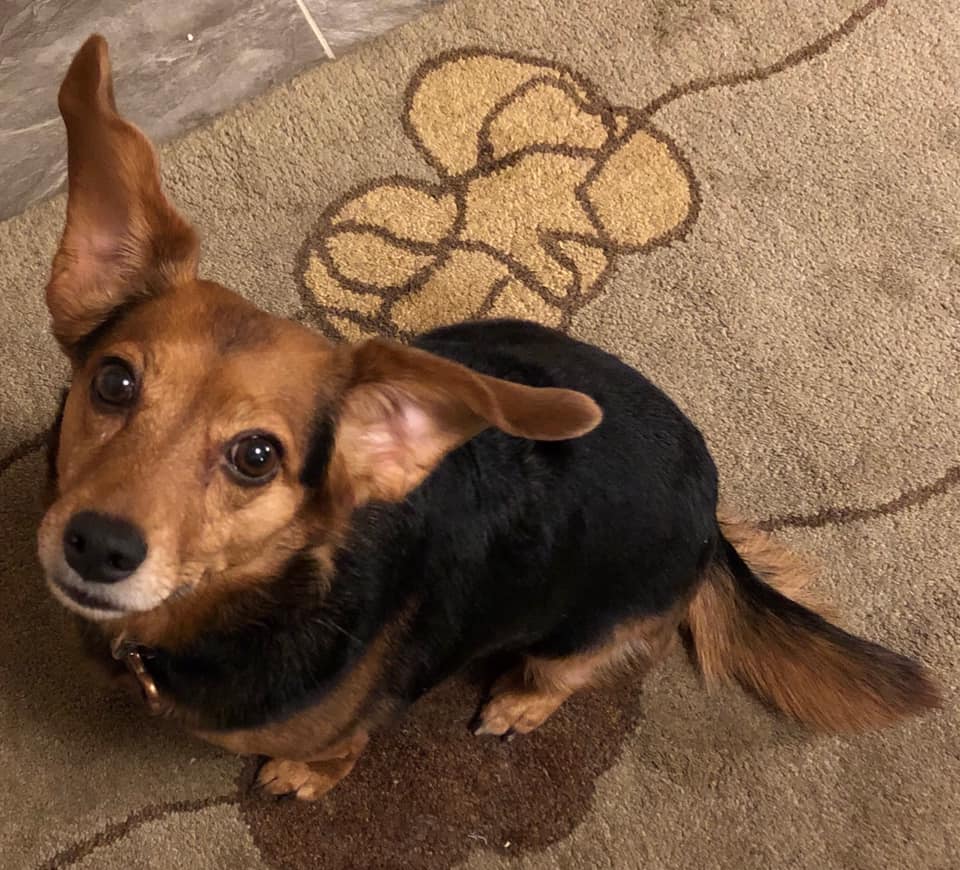 Thursday I’m having lumbar epidural steroid injections in an attempt to decrease the all-encompassing back pain I’ve lived with for 9 years.

Like GOOD any member of Gen Y, I googled the procedures my pain management doctor offers before I saw her for the first time…and the results the internet gave me are less than stellar:

Only a whopping 60% of people see results, there is a possible vast increase in pain for a few days after the injection, I’ll only able to do this for a limited time, blah blah blah.

My doctor is feeding me a different story…along the lines of “two injections and you won’t ever have to see me or anyone else ever again.” I don’t know how an anti-inflammatory will get rid of the bulging discs the MRI showed, but she didn’t seem concerned.

Am I just a horrible cynic who’s been through 13 doctors and can’t see the light no matter how bright it is?

I really feel like I’m being sold the back pain version of a miracle weight loss drug. Not that I have a choice; at this point I’ll try anything to keep myself from jumping in front of a train.

Has anyone else had positive results with this?

Do I just need to have a little faith?

I’m not sure if I deserve a pat on the back or a really good nap, but either way I’m proud of me.

Since last Thursday, things seem to have just started to topple over completely within my family, and I’ve managed to keep it together and make sure that not only are those who need to be ok are ok, but that I am, too. Yes, this is going to take a hot minute or months to take care of, but I didn’t lose it and I didn’t break!

I’m proud of that.

Now if I could only sleep 🤷‍♀️